In the Italian musical culture of the 19th and 20th centuries, the production of operas has always been a dominant force. At the same time, a new musical genre developed, the so called ‘Romanze da salotto’ (Vocal Salon Music). These were classical compositions for piano and solo voice performed in a private context, and to a limited audience. Despite important recent studies, this repertoire is still waiting to be discovered and to be placed in its proper historical context; furthermore, these pieces are relatively unknown in the concert circuit, not least because, most of them have been out of print for more than 70 years. With this programme, we would like to offer to the public some rare treasures from this precious repertoire. We have selected many unknown works others neglected throughout time, which, nevertheless, have an extraordinary musical quality, freshness, and expressive power.

In the first part of our programme, we will perform, among others, the song „Povera Lina“ (The poor Lina) by Francesco Capponi (1840-1900). The piece narrates the misfortune of a young woman who commits suicide due to lovesickness. The simple melody and strophic form imitate the ‘Stornello’ style, a typical folksong of central Italy. Each strophe is introduced by a brief, but incisive, piano prelude. Another masterpiece is „Fiore che langue“ (The dying flower) by Augusto Rotoli (1847-1904), a musical work characterized by delicate nostalgia. The poetry describes the sighs of a desperate and dying flower kept away from her beloved, a butterfly. In the verse ‘Torna, farfalla mia’ (Return, my butterfly), the music evokes an atmosphere close to Puccini´s Madama Butterfly. In the heart of our programme we will not fail to do an homage to the head of Italian vocal chamber music, Francesco Paolo Tosti (1846-1916); we will play one of his songs based on Gabriele d´Annunzio´s lyrics “Visione“ (vision). Currently unknown is the small chamber production of Alfredo Catalani (1853-1893), a composer chiefly known for his notable operas such as La Wally, Loreley, and Edmea. Two of the songs, „Sognai“ and „Senza baci“ (I dreamt and Without kisses), are exceptional, as they stand apart from other contemporary songs because of their audacious and unexpected harmonic modulations. For example, in the first part of „Senza baci“, the stabbing and painful wait engrained in the poem is emphasized by a similar unsteadiness and oscillation in the harmony.

In the second part of our project, we will perform songs by composers active between the end of the 19th century and the first half of the 20th century: Francesco Cilea (1866-1950) and Riccardo Zandonai (1883-1944), both of whom are deemed amongst the most distinguished and appreciated composers of the 20th century. Two monumental masterpieces by Zandonai, „Mistero“ (Mistery) and „Mistica“ (Mystic), are characterized by their great spiritual and symbolic power. Luigi Gerussi (1891-1942) studied with Ottorino Respighi, and was also accompanist to the singing class of well-known baritone Antonio Cotogni (who taught the tenor Giacomo Lauri Volpi and the baritone Giuseppe de Luca). Gerussi was also a conductor and an influential singing teacher at the Torino radio station. We will perform his song „Panteismo“, which is possibly the most precious gem of our programme: an unpublished work obtained from the private archive of famous soprano Magda Olivero (one of Gerussi’s pupils). In „Panteismo“ (Pantheism), the piano accompaniment seems to be improvised, while the voice alternates between moments of great expansion and more intimate moments give to this piece a unique and extraordinary value.
The last three authors of the programme were all famous and active in the United States, forming the Pillars of the American-Italian belcanto tradition: Gabriele Sibella (1880-?), Renato Bellini (1895-1957), and Arturo Buzzi-Peccia (1854-1945). Gabriele Sibella was a prominent singing teacher in New York, with students such as Florence Austral, Eva Leoni, and his wife, the soprano Graziella Pareto. We have chosen the pieces „Sotto il ciel“ (Under the sky) and „Sensazione lunare“ (Moonlight idyll), two songs portraying enchanted night landscapes, and also „Bacio morto“ (Dead kiss), a dramatic work focussing on the short life of unrequited love. Renato Bellini was a composer and conductor who moved to the United States in the ‘30s, and was active as accompanist at the Metropolitan Opera House. We will perform his Lullaby „Ninna nanna a Liana“, dedicated to the first-born daughter of the great tenor Tito Schipa, a close friend of Bellini’s. In this song, Schipa talks directly to his daughter, he cradles her, and he shows great tenderness. Whereas, the song „Rime smarrite“ (Lost rhymes) is a suffering, melancholic piece comparing the joys and sorrows of love with the thorns of a rose. The music emphasizes this image through a final half cadence that symbolizes the mysterious and infinite power of love. Buzzi-Peccia was a composer, a famous singing teacher, and a close friend of Giacomo Puccini. The vitality and impetuosity of his works remind us of the Neapolitan songs of Marios Costa (1854-1933) or Eduardo di Capua (1865-1917). We will perform some lyrical and melancholy songs such as „Torna amore“ (Come back love), and other works with a more brilliant and jovial character such as „Colombetta“ (Columbina). In this song, the celebrated character of the Commedia dell’arte (an early form of professional theatre), turns poor Harlequin – who is freezing outside the house – into ridicule. He is trying to conquer Columbina’s love by singing a serenade under her balcony. Finally, we will perform „Morenito“ (little dark-haired man), a song in Spanish language. In this amusing and hilarious piece, a woman goes absolutely crazy about the beauty of a seductive, dark-haired man. She knows that he will be unfaithful to her, but she cannot resist the charm of the cheating man. Buzzi-Peccia uses the ‘Tanguillo’ rhythm, a Spanish dance widespread in Cuba, in order to highlight the spicy and exotic taste of the song.

Numerous works of these composers were written and dedicated to famous operatic singers of this time such as Enrico Caruso, Lucrezia Bori, Beniamino Gigli, Tito Schipa, and Amelita Galli-Curci.

After the Second World War, these composers, and the majority of their works, unjustifiably fell into oblivion. With this programme, we hope to rekindle interest in their music and to restore the cultural and human value that their artistic production merits. 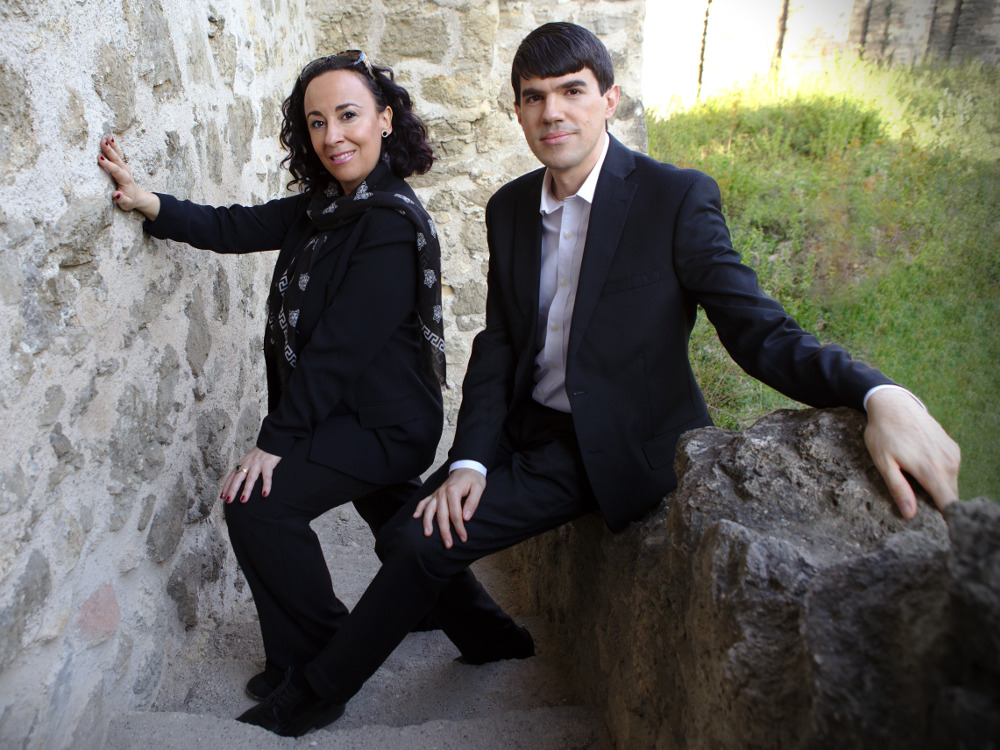